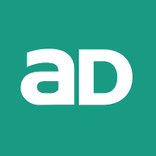 Widely, there are two categories of people. One, as soon as you read the title of this article, you would readily assume that AI cannot beat Human Intelligence(HI) because humans are the creator of every artificial intelligence. Two, are the people who assume that AI has the potential to defeat Human intelligence, these people can simply call as Data scientists (no offense). If you are not any of the above two categories, then you are an outlier :)

What is Artificial Intelligence?

Artificial intelligence (AI) is the simulation of human intelligence processes by machines, especially computer systems. These processes include learning (the acquisition of information and rules for using the information), reasoning (using rules to reach approximate or definite conclusions), and self-correction. Particular applications of AI include expert systems, speech recognition, and machine vision.

The definition of artificial intelligence is some of the accurate definitions I could find from the internet, thanks to techtarget.com. If you read the above definition carefully, it explains that AI is nothing but a simulation of HI by computer. That clearly means that Humans are the master of the computer. But here the question really is, will the student win the master?

Why Artificial Intelligence is growing rapidly?

Basically, the main source of energy for artificial intelligence is Data. Yes, Data became the energy source for computers like coal, petrol for vehicles, and food for humans. We generate Petabytes of data every day. If you have any doubt about how much data you really produced for the day, then look into your mobile settings. You would have produced around 200 MB approx. that means you have fed 200MB of energy (information) to Artificial Intelligence. So there are billions of people producing data daily which feeds as information directly to the Artificial Intelligence of various systems. So, You are one of the main reasons for the growth of Artificial Intelligence.

What all can AI do?

Based on all data which have been fed to the AI monsters, it can simulate most of the Human tasks intelligently like humans. AI can do everything from basic logical works like dynamic calculations to creative artwork creations like Picasso. After seeing the potentials of AI, most people would be afraid that their job is at risk. If you have this question on your head right now, please read the article further.

Like I mentioned before Artificial Intelligence is mostly based on data. Artificial Intelligence is like a monster that eats information but will never try to hunt for it. So here comes the role of the Human, who converts the raw data into information(cooks food for the monster) and feeds it to the AI. If the generation of data stops, or if the conversion of data to information stops, then the power of AI would eventually fall into the ground. So, there will be a new kind of work evolving for converting raw data to information and there will be jobs to organize the large pile of information to the managed data centers. The jobs for feeding AI is already started, Amazon Mechanical Turk actually connects big enterprise data to be labeled for which you will be actually paid based on what you label and how much valuable information is provided in the labeling.

Then what about terminators and matrix?

If you ever thought that computers will be ruling Human beings, then you might be the supporter of ambitious Artificial intelligence, Skynet. As I said before, AI works based on the data it has been already fed. Until the trend of that information is active, AI which had that information works intelligently. If you change the trend and stop giving the data or misleading AI by giving the wrong set of information, then AI will not be working intelligently. So Artificial intelligence is a powerful servant of Human beings.